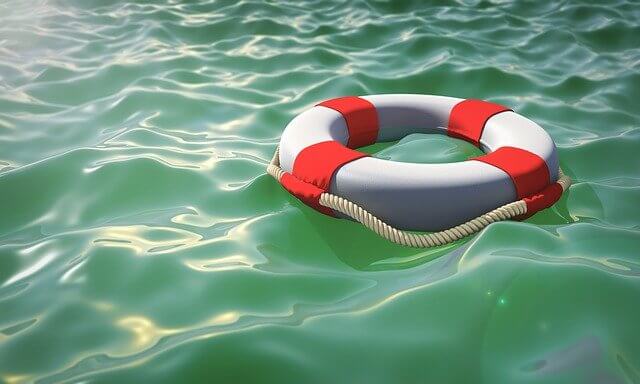 results for effectiveness from debt counseling

In this post, the effectiveness from non-profit debt counseling service in Germany based on several empirical evaluation studies and surveys. In doing so, both economically financial improvements, changes of psychosocial situation, changes in structure important key competencies as well as the Monetization of the consequences considered.

The dimensions economic financial improvement, psychosocial improvement and Development of key competences refer to an improved situation of the clients self.

the dimension Monetization of the consequences refers to savings by the state due to effective debt counseling. A better condition of the clients can lead to debtors finding secure jobs after being unemployed. As a result, fewer state transfers are required. Data from a total of 1494 people was used to compare the data.

evaluation of the results

The data shows that the debt counseling services, despite the short observation periods, are between 6 and 15 months effective and measurable results achieve.

In the economic and financial Dimension, an improvement was found in all studies. Through Improvements in acute problems such as unpunctual rent payments (decrease by 76 % from 8.2 % to 2 % at [6]) and housing problems (decrease by 41 % from 37.4 % to 22 % at [6]) was in many cases an alleviation of the financial situation possible for those affected. The employment rate, which increased by 10 % in the study by Kuhleman et al [2], also shows the success of debt counseling. The increase in income totaled around half a million euros. As a result, more than €380,000 in follow-up costs could be saved for government agencies. Nevertheless, the economic financial situation in all studies unsatisfactory. The unemployment rate is 45.5 % at Kuhleman et al [2], 51.6 % at Samari [6] and 39.6 % at Hamburger et al [5] about three to four times as high as the population average. The complex problems of integrating ALG II recipients into the labor market are clearly evident here.

The results of the survey as part of the quality process in debt counseling in Schleswig-Holstein [4] show a somewhat better picture of the effectiveness of debt counseling. In 83 % of the cases, the identification of weak points led to the clients getting along better with their money again. After the consultation, 89 % persons regained an overview of the finances. A total of 92 % respondents regularly pay their fixed costs such as rent again after consultation.

The study situation also shows positive changes during the debt counseling with the psychosocial aspects. Kuhleman et al found significant improvements in well-being and self-esteem. In the study by Diakonie Hamburg, after 15 months of counselling, only half of the clients reported health problems. In the survey conducted as part of the quality process in debt counseling in Schleswig-Holstein, as many as 86 % clients stated that their condition was improved after debt counseling.

key competences of the clients

Of the Development of key competences could also be improved by the debt counseling service. Samari was able to identify major improvements in knowledge about appropriate behavior in the event of an account seizure at the debt counseling center of the Diakonisches Werk Hamburg [6]. After 15 months of advice, 61 % assumed that they would know what to do if an account was to be seized. Before the deliberations, only 35.5 % affirmed the statement. The same study also shows that clients know the seizure exemption limits much more frequently. At the beginning of the consultation, only 33 % clients were aware of the garnishment exemption limits. Afterwards there were 82.2 % of the clients.

Monetization of the consequences

the Monetization of the consequences have been insufficiently examined by studies. Only Kuhleman et al state that state transfer payments such as ALG I, ALG II, housing benefit and basic security have led to a reduction in state expenditure of €372 per client. During the study period of 8 months, government funds totaling €380,000 could be saved. The costs of the consultation were not offset here. However, no significant savings are to be expected from this offsetting.

The study situation shows that debt counseling is very strong both in building up key competencies among clients and in initiating improvements on the psychosocial level. Good improvements could also be found in the economic and financial situation in several studies. Overall, debt counseling was often able to alleviate the clients' acute problems that might even have led to homelessness. These include, for example, housing problems and unpunctual rent payments.

Nevertheless, the quality of life of the debtors lags behind the non-indebted comparison group at Kuhlemann. The unemployment rate at time T2 is 45.5 % at Kuhleman et al [2], 51.6 % at Samari [6] and 39.6 % at Hamburger et al [5] about three to four times as high as the population average .

Over-indebtedness among low-income people is a social focal point. Despite increasing prosperity, many households are in need due to over-indebtedness. In this case, help is available from Country: For the debt advice the municipalities are responsible. The aim of the stately debt counseling service is to help the client make informed decisions about your finances. the counseling centers encourage it consumer desires to be critically examined with regard to disposable income.

Konto-Kredit-Vergleich.de also aims to get more people make informed decisions about your finances. Find on the Home page find out which services are offered for this. However, for personal advice, especially debt advice, you should contact the government agencies turn.

The causes of debt are manifold:

"I got help and learned a lot about debt and the job center."

Participants in debt counseling in Hamburg

Current events often make the situation acute. Which includes Account garnishment, wage garnishment, job loss or separation. After such events, many of those affected only find their way to debt counseling after being referred by a third party [1,2].

Debt leads to a lot of people getting into debt existential fear. This is often associated with a general fear of the future. A hopelessness from the situation is through the missing overview of the inputs and outputs aggravated. In addition, there is one for many bad health condition [1,2].

Inefficiency due to high inhibition thresholds

the inhibitionsThe likelihood of seeking advice early is still very high, however, and often prevents quick help. Numerous interviewees stated that they only went to a counseling center late, out of fear and shame. Other reasons were illnesses such as depression or drug addiction, the hope of being able to do it alone, or ignorance or incorrect information about the work of the debt counseling service.

Summary of the overindebtedness situation in Germany

In general, an aggravation of the over-indebtedness situation has been confirmed in recent years. The average debt rose from around €26,000 in 2001 to over €40,000 in 2007 [2]. An increase of over 50 %. This shows the astonishing situation: While almost half of the people who consult debt counseling live on ALG 2, the average debt is over €40,000.

According to the Federal Government's 6th Poverty and Wealth Report [7], the percentage and number of over-indebted people in Germany rose from 5.1 to 6.1 percent in 2006. This corresponded to 3.4 and 4.2 million people respectively. People who are permanently unable to meet their payment obligations are considered over-indebted.

How debt counseling can help

A study [2] comments on single parents “The proportion of single parents is more than 21.8 % in the sample 3 times as high as in the general population (6.5 %).” While at the time the study was conducted in Germany 9.8 % were drawing ALG II, the proportion of ALG II recipients who went to debt counseling and took part in the study was 44.8 % four and a half times so tall.

[1] Expertise on behalf of the BMFSFJ, study by the University of Mainz on the subject of "over-indebtedness, health and social networks" Prof. Dr. Eva Muenster, Prof. Dr. medical Graduate engineer, Stephan Metzel link

[6] Faezeh Samari: "Effects of debt counseling by the Diakonisches Werk Hamburg from the point of view of those seeking advice". link 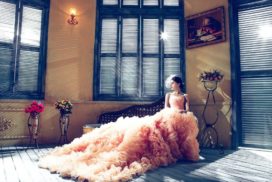 A look at marriage from a financial perspective 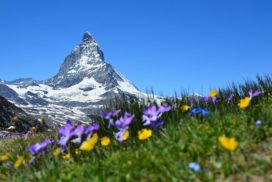