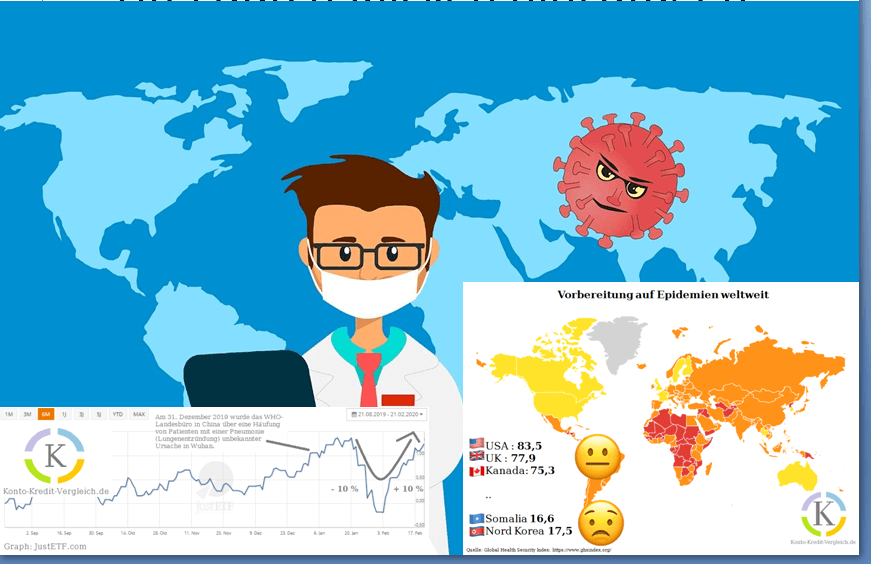 The coronavirus is a scary thing for many. Hamster purchases in the supermarkets, especially canned food, spaghetti, rice & Co., show how scared many are. The question of whether the corona virus will bring the next financial crash is also relevant for many investors. After all, the exchanges lost over 30 % at the end of March 2020. Here's how to behave in a financial crash.

No hasty actions – sit out the crisis

During the crisis, passive investors should: Stay passive, let savings plans run. As we discussed in another post, the stubborn adherence to the investment strategy, even in times of crisis, is a major advantage that private investors have over professionals. Now is your chance to take advantage of this! Go ahead with your savings plans!

If you feel good about it, now is your chance to take advantage of the stock market sell-off disproportionately. Unfortunately, I don't know whether the stock markets will continue to fall. But the fact is that you can now top up your ETFs with a 30 % discount compared to mid-February.

More on mooring with a Simply structured ETF portfolio is available here.

Seizing opportunities through the crisis

The financial crisis also offers opportunities for investors. Sectors such as tourism or the travel industry were hit hard by the epidemic because people simply travel a lot less. Numerous companies have imposed travel bans. There is now a curfew in many districts in Germany. It's safe to assume that even after lockdowns are lifted, people will travel less as they're not comfortable with the idea. Major events are currently being canceled worldwide. As a result, airline and cruise tour operator profits are collapsing. Torsten from the share finder has an understandable one analysis written.

It's safe to assume that tech stocks are doing well in the stock market crash. There are plausible reasons for this: companies in the software and internet sectors are less affected by the corona crisis. You may even benefit from it because people are more likely to order home and use delivery services. While the stationary trade has to close its shops, Amazon's online trade is booming. The group is in the middle of the corona crisis 100,000 employees new one. A solid business model that ensures increasing profits as reliably as possible even in times of crisis is a guarantee for further growth, from which risk-affine investors can now benefit if they dare to buy!

Some crash prophets such as e.g. "Dr. Crash Krall" have predicted a financial crash for 2020. To put it simply, he justifies his theory by saying that the mass of cheap money keeps companies alive that are not worth preserving because they cannot operate properly. Other crash prophets predicted a crash in 2019. Investors who followed you were unable to participate in the historically unique run in 2019 and stayed on the sidelines. So it was wrong to follow them and it will be wrong in the future as well, since financial markets are simply too complex to make even halfway reliable statements.

Who should even be concerned?

It makes sense for everyone to think about the current events and what is happening on the stock exchanges in general. After all, the correction on the stock market always offers opportunities. By getting your finances in order, you can take advantage of these opportunities. For this it is important not to be invested to 100 %, but always over liquid funds available in order to remain able to act.

You should always have sufficient liquid funds on hand. As an emergency cushion, I think a few monthly net salaries make sense. In principle, overnight money is protected across the EU up to at least 100,000 euros via the deposit protection fund. I don't think it makes sense to hold money in foreign currencies, as I consider the deposit protection fund to be sufficient protection. In addition, a foreign currency account has many disadvantages. The main ones are the foreign currency risk, the exchange fees and the time-consuming declaration in the tax return. You can find your emergency cushion in the Daily Allowance Calculator some good deposit accounts.

Silver, gold or other precious metals for hedging?

Many swear by gold or silver (⇾ cheaper!) to protect against stock market crashes. I think that makes only limited sense, since precious metals, unlike companies, do not create any real added value. Their value derives solely from the fact that they are rare.

However, it must also be said that the risk of gold and silver being confiscated should be fairly low. If you physically store the bullion in a bank safe deposit box, it doesn't count towards the bankruptcy estate if the bank goes over the Jordan. However, this is not worth it for small amounts, because a safe deposit box also causes costs of 70 to 80 euros a year.

As I said, I consider it due to the non-existent value creation power however, it does not make sense to hold a significant proportion of commodities in the portfolio or safe deposit box. However, those who feel more comfortable with this can hold small amounts (up to a maximum of 10 % of the portfolio) in gold or silver. By the way, there is also a suitable one for this Slipper Portfolio (⇾ Resource Slippers).

Avoiding stocks during a crisis is not smart

Even in a financial crash, people need products. Some are in much greater demand even in times of crisis. Empty canned goods shelves in supermarkets bear witness to this. In addition, smoking and drinking are likely to increase. Therefore, one also speaks of non-cyclical consumer goods. Cyclical consumer goods, on the other hand, are in much weaker demand in times of a crisis. These include, for example, large capital goods whose purchase can simply be postponed. cars for example. Those who are in quarantine in China do not think about buying a car. Therefore, according to Statista, car sales in China in February 2020 fell by 92 percent compared to the previous year.

Anyone who has held several individual shares up to now does not have to give up even in the crisis. It is still important to pay attention to quality and growth. This is always important in long-term investing, whether it is the corona crisis or not. Shares are considered special assets. This means that in the event of a bank insolvency, they still belong to the investor and are not used as part of the bankruptcy estate.

This also applies in the event of the euro collapse. The securities retain their value. If the euro really no longer exists, the company shares will simply be rewritten into another currency. No reason to panic.

It makes sense to invest in stocks even in times of crisis. You can find good stock depots on the Internet. Eg here

Behavior in the financial crash: ETFs and savings plans

I would simply let broadly diversified stock ETFs continue to run. Portfolios built up and saved for the long term also benefit from the dollar cost average effect. Eventually, major indices also include some zombie companies that hop in a crash. However, this effect should be diversified away through the breadth of the ETF.

Maintain high cash reserves in case of a crash

Often one reads or hears about the tip to save up higher cash reserves before the crash and then to be able to buy more cheaply if the worst comes to the worst. For example, you could only invest half of the capital and keep the other half as a cash reserve. If there is a stock market crash, you could invest the second half. If that doesn't happen, at least half of the capital has received dividends.

This sounds very simple, but is difficult to implement in practice. Among other things, because of the great panic caused by the media, friends and perhaps also announced short-time work at the workplace, it is emotionally very difficult to invest the remaining money now that everything is in pieces. So I would follow Warren Buffett's advice and don't accumulate excessive cash reserves, even in times when a crisis appears to be looming.

Is the crisis almost over?

The number of new infections continues to rise sharply. In Germany we have now passed the 100,000 mark. (source).

In Germany, according to the RKI, on 05.04. over 91,714 confirmed cases. The good thing: In Germany, the number of new infections has reached a plateau. Further growth now appears to be linear. In this country, the quarantine measures are probably showing their first effects.

Since we all have to stay at home now and are now showing the necessary discipline, I am positive that we will overcome this crisis soon. Every individual must assume their responsibility here and look at the issue with the necessary seriousness.

More hope: Three hospitals in Germany are now taking part in studies with the active substance remdesivir part. According to its own statement, the Düsseldorf University Clinic (UKD) is already using the drug in a few individual cases. The drug was originally developed against Ebola and now has to wait for various study results before it can be used on a large scale on the market. So there is a small glimmer of hope. If the drug actually gets approval, it shouldn't be long before we can get back to our normal lives and the crisis will be over.

Conclusion on behavior in the financial crash

From my point of view, good behavior in the financial crash would mean doing almost everything as usual. At least if you invest in broadly diversified ETFs. ETF savers who would like to benefit from this favorable opportunity should increase their savings plan. Of course, it doesn't hurt to check the existing ETFs and stocks from time to time.

Those who can tolerate more risk use financial crises to buy cheap quality stocks with good fundamentals. However, you should never drive yourself crazy about a crisis. Most of the time it slowly starts to get better when the views are at their blackest. 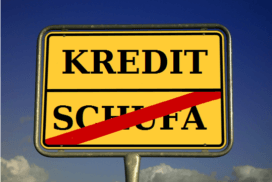 Loan without Schufa – serious? (rip-off without proof of creditworthiness)