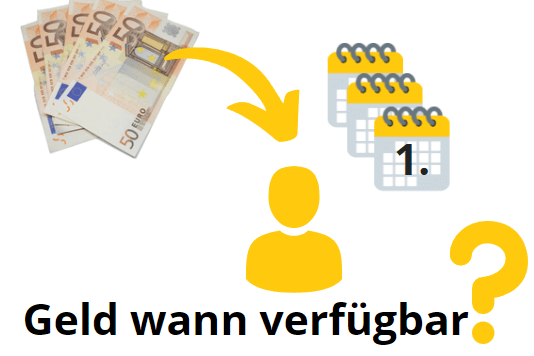 If you receive more money in a month than the garnishment exemption allows, you exceed the P account exemption. Now the bank moves the money above the garnishment exemption to a disbursement account and locks it for the current month. The question When the blocked money will be available again is unclear, because the P account allowance has been exceeded. What happens to the money that is above the allowance You can read about the possibilities open to you in the linked article.

When will the money in the P account be available again if I have exceeded the allowance?

If the P account allowance is exceeded, the question arises When will the money be available again? is in the room. On the first banking day of the following month, the bank releases the blocked balance on the payment account again. The money on the payout account is treated like any other incoming money and credited to the P account. So that the transferred money does not later flow to the creditors, you should withdraw it.

You exceed the P account allowance even if the employer pays your wages late and you now 2 salary payments on your P account - in one month have. However, in such a situation, you can still trade through scheduled withdrawals without the money being gone. You can find out how this works in the article P-account allowance exceeded: "How do I get my money?".

Can I carry over unused allowance to the following month?

You can unused credit transferred to the P account over the next month. If you only have a small pension, which is €1,100 below the garnishment exemption you must note the following when saving credit on the P account:

The chart shows how unused allowances can be carried over to the following month if you receive €1,100 and save €50 a month. With the fourth transfer of the savings amount, the bank attaches the first transfer amount of €50. Until then, the takeover amount will be available at the beginning of the following month.

What happens if I exceed the allowance due to double payment?

At a double salary in one month as a debtor, despite the amendment to the law in December 2021, you are still suffering through no fault of your own. Because the bank initially blocks the money above the garnishment exemption amount and it is only available to you again in the following month. You can do it again next month have full control of the money, but it is now your responsibility to do so. Because if you don't use up the money transferred to the following month in full or withdraw it, the bank transfers it again. However, after 3 transfers, the money flows out to the creditors. The situation regarding twice the salary in one month on the P account is regulated in §899 ZPO in the second paragraph. It states:

If the debtor does not have a credit balance in the amount of the entire amount that is exempt from attachment in accordance with paragraph 1 in the respective calendar month, this unused credit balance is the three subsequent calendar months in addition to the assets protected under paragraph 1, are not covered by the seizure. Dispositions are to be offset against the credit balance, which is first credited to the garnishment protection account became.

Therefore, it is still recommended that you become active on the P account yourself if you receive 2 salaries in one month by spending or withdrawing the transferred money from the previous month.

Conclusion: P-account allowance exceeded: When will the money be available?

If you want to save something yourself, you can also do this within limits on the P account. However, if you use the money you have saved more than three times in the following month, it is permanently blocked. In this case, the bank no longer releases the money, but instead it flows to the creditors. 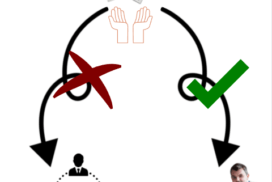 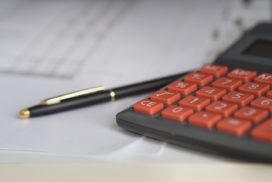 What happens with too much money in the P account? (your options now) 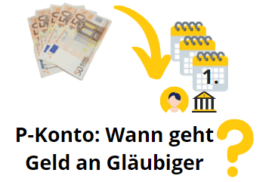 P account: When does the money go to the creditor? (2 cases)